How To Launch A Stable And Tradable Twin Token

On December 6, 2017, game company and distributor Valve announced that its gaming platform Steam is no longer accepting Bitcoin as a payment method. The company explained that Bitcoin transaction fees have gone up to nearly $20 per transaction last week, “compared to roughly $0.20 when we initially enabled Bitcoin.” Here’s how to launch a stable and tradable twin token.

At the same time, CryptoKitties burned up 15% of Ethereum’s gas, causing a mid-level congestion and increasing in-game fees.

Since we have been working on some ICO projects over the last months, focusing on cryptoeconomics and token design, we felt the need for a model that would allow a high-yield return for investors on the one hand, whilst guaranteeing the stability and a proper functioning of the specific application(s) at the same time.

The network features 2 different types of tokens:
a) a core token (CT) that is tradable at crypto-exchanges,
b) an application token (AT) (per application) 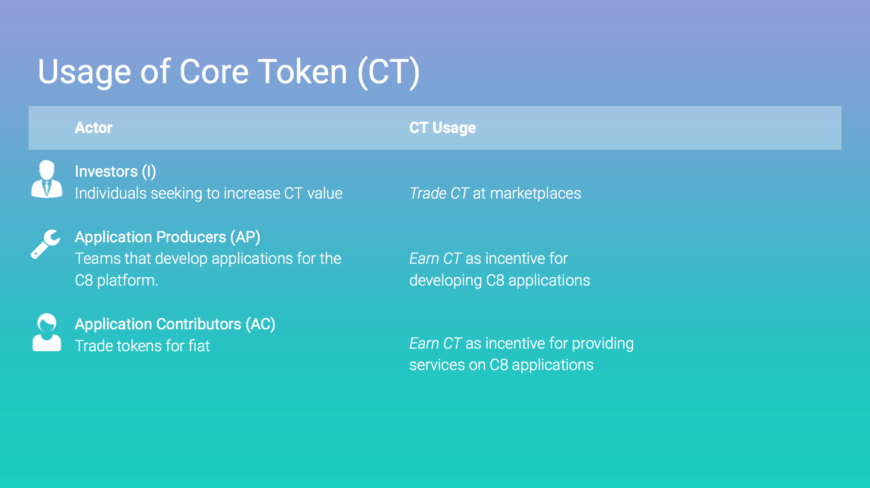 CT
The only function of the CT is that of a currency. In all of the network’s potential applications, there is one overarching CT.

AT
The AT is designed depending on the respective application’s requirements. It is the only token that allows the usage of the respective application. It is not listed at any exchange. Potential listings of ATs probably could not be prevented technically, but by regulation: The network defines the listing of AT’s as not allowed and will exclude applications that behave otherwise. Organizers of applications that already have a token will be offered to exchange their tokens for AT. Additionally, they can be awarded CT depending on their applications’ asset values. 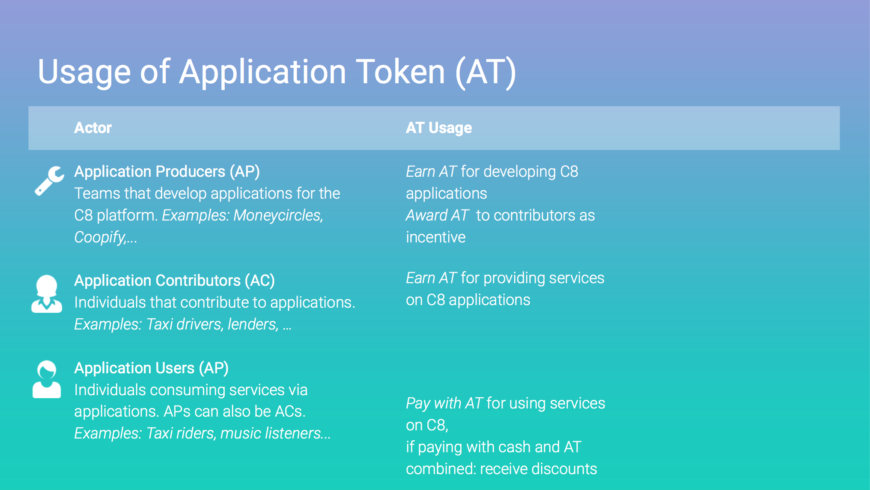 Initially, there will be two events that happen at the same time:

A (revenue-driven, high-yield) SAFT will finance the development of the network and serve as the initial AT supply of the network. Within the first applications running, AT holders can earn additional AT, and, directly derived from that, additional CT. The intensity of use and supply of AT represents the intrinsic value of a CT.

This model of a clear, technical separation into  – and combination of – a speculative and an application part should serve the initially conflicting interests of both categories of the network‘s stakeholders: the potentially application-interested majority of AT holders and the potentially solely commercially driven and high-yield-driven investors who hold and trade the CT.

Definition of Intensity of Use IoU Criteria

How To Launch A Stable And Tradable Twin Token – Model Attractiveness

The definition of the IoU algorithm is one key aspect of this token model. On the one hand, it seemingly is the most complex problem to solve for the network. On the other hand it offers the opportunity to create one single algorithm that is completely variable in design and can be tweaked throughout the lifespan of the network without any need for changing the structure.

Due to the fact that the AT is not tradable, and the IoU algorithm prevents the ATH from hoarding and other unintended use, it can be regarded as stable.

The CT, in turn, is a tradable token that entails no other rights than being exchangeable with other currencies. The prize of the CT will be defined by market forces alone. This pure market-driven nature of the CT, combined with the value(s) of ATs, makes the network’s model highly attractive for application-focused users, as well as for investors.

This article was originally published in the Datarella news section on December 2017. Then, we had developed the above described Two Token Model that we have adapted to the needs of real estate projects for RAAY RE in the meantime. If you’re interested in combining a stable with a tradable token, contact us!